Splitting the Atom – Lessons in Walking 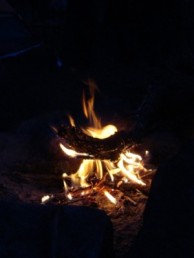 Parting of the Soul — Roberto Lauro

Soft breeze on your face, the magic City across the Bay, you may not notice you’ve been fire-walking the sea of intelligence.  Reality, after all, is a compelling illusion. But if you would like a glimpse of the fire beneath your feet and the furnace within the atoms of your body, here’s how fire-walkers do it:

You have to spend the day preparing the fire and tending the coals.  You have to sit around chatting, eating, raking the ash off, watching twilight fall.  After a while you quiet down.  Your concept of fire releases its grip and you relax.  Thinking back, you  realize the intensity of the fire is in you, not the coals. That’s  your idea.  That is how a fire-walker  friend described his experience to me, but it’s the story all artists tell ‒ aerialists (like Philippe Petit who in 1974  illegally strung a wire between the tops of the World Trade towers and strolled across.), sculptors, physicists, philosophers, plumbers, and roshis.

then you can do back flips,

look into the atom.

Maybe you’ll see a hawk with the intensity that  Sidney Field did one afternoon in  the Hollywood hills (described in my post of   January 29, 2013) or the way Gerard Manly Hopkins saw a windhover (kestrel, falcon) on an illuminated morning in 1918 and thought of the fire that breaks from Christ, “a billion times told lovelier.” 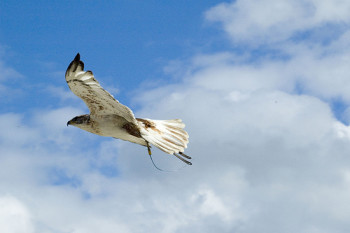 To Christ our Lord

I CAUGHT this morning morning’s minion, king-
dom of daylight’s dauphin, dapple-dawn-drawn Falcon, in his riding
Of the rolling level underneath him steady air, and striding
High there, how he rung upon the rein of a wimpling wing
In his ecstasy! then off, off forth on swing,
As a skate’s heel sweeps smooth on a bow-bend: the hurl and gliding
Rebuffed the big wind. My heart in hiding
Stirred for a bird,—the achieve of; the mastery of the thing!

Brute beauty and valour and act, oh, air, pride, plume, here
Buckle! AND the fire that breaks from thee then, a billion
Times told lovelier, more dangerous, O my chevalier!