What They Don’t Teach in Schools (Continued) 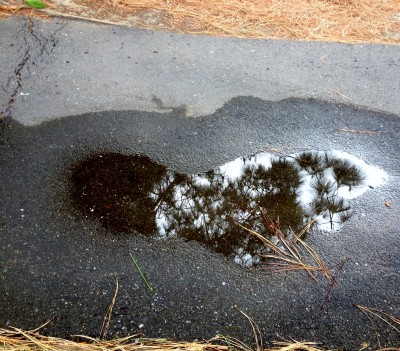 Knowing and Knowing About

Lots of the posts on this site are about how we come to know something, not the kind of “knowing” picked up in books or from people like teachers or politicians or parents and so on, but the deep knowing, like knowing how to beat our hearts or breathe, what’s in our bones – that kind. Anything else, of course, is window dressing, useful for Trivial Pursuits and not much else. But you already know that.  In a couple of earlier posts I referred to  the barrier of species (7/1/13, 8/2 13).  This one takes it deeper and more broadly.

A Way of Knowing

The usefulness of the phrase barrier of the species  occurred to me a while back during an interview  with pet resort owner  in southwestern Pennsylvania when she told me her resort was designed by a dog, that they had such complete communication that it was like having a conversation, not in English of course, but directly, the way Sandra Artrip and Rosie communicated (3/16 and 5/4/14 posts); Sandra “felt” Rosie’s messages and Rosie “felt” hers. It was the same with the pet resort owner. When I asked her how she was able to do that, she said, “You have to take away the barrier of species.”

The Crack Between the Worlds.

This post is about how anyone who wants to can pull that off, how you and I can take away the barrier of species, not just with, say, dogs, but with anything at all, even a piece of granite. You’ll see why thinking of that phrase in a very general sense can guide us in removing the barrier between us and anything we’re looking at, even school subjects.  It’s also connected with the crack  between the worlds that Buddhists talk of and, of course, with the realms of gold you and I glimpse sometimes on our morning walks and while doing the laundry.

The Barrier of Species

The story Carol, the pet-resort owner, told me was similar to Sandra Artrip’s. It was a story of breaking through the barrier of species, and that’s a story we can put to use no matter what we’re trying to do, no matter what we’re looking at, the backyard maple or some piece of serpentine brought back from a camping trip to Mt. Shasta – or any school subject.

The barrier between me and what I’m looking at is a barrier I created.  If I’m stuck on the word ‘iris” when I look at a flower in my hand, that’s what Neil Postman called definition tyranny.

I’m not free to let it be, to let it be lots and lots of things, maybe even a message from the cosmos.  That can never happen if it’s fixed in my mind as “iris”.

Definitions, like questions and metaphors, are instruments for thinking. Their authority rests entirely on their usefulness, not their correctness. We use definitions in order to delineate problems we wish to investigate, or to further interests we wish to promote. In other words, we invent definitions and discard them as suits our purposes. And yet, one gets the impression that… God has provided us with definitions from which we depart at the risk of losing our immortal souls. This is the belief that I have elsewhere called “definition tyranny,” which may be defined… as the process of accepting without criticism someone else’s definition of a word or a problem or a situation.

Much like Sandra and Jane Goodall (1/21/13 post), Carol had spent her childhood and youth immersed in the natural world and had collected a menagerie of pets, from a series of dogs to a crow that lived to be over 20, to an alligator, a box turtle, chickens – all sorts of creatures – and had spent hours watching ants and insects of all sorts – without the use of English. Though still an observer from the outside, she was well-attuned to the ‘thinking’ of the natural world; and she felt most at home in nature. But like Jane Goodall and Sandra Artrip, once, with one animal, she crossed over into the now of interspecies communication.

A Sort of Completion

Carol had assisted the birth of eleven pups one long night when she was about thirty years old, and when the second pup came through the birth canal, she recalled that she had felt suddenly as if she herself had been reborn. She vividly remembered how warm the pup was, warm, wet, all encompassing, and for her, like a sort of completion. In the next nine hours nine more pups arrived, but only this one made such a powerful impact on her feelings.

Even before his eyes opened, this was the pup that gravitated to Carol’s lap. Vets will tell you, when picking out a pup from a litter, choose the one that gravitates to you. That’s the one to keep. They were together constantly till his death fifteen years later. Through all their experiences together he had taught her how her pet resort should be designed – the swimming pool, the walking paths, the suites of rooms. Mozart, as she called him, taught her body language, touching, massage, health care. Even in his death, she said, he taught her compassion and empathy.

Here’s the significant point of this post: As with Sandra Artrip and Rosie, words were unnecessary. She could look at this dog, she told me, and he knew what she was thinking. Because of Mozart, she saw animals in new, deeper and richer way. Though no other dog since Mozart ever made that special crossover that bridges species, her relationship with all animals changed profoundly. She was able to connect personally with every pet at the resort and to provide for each one’s special personality. “I could look deep into their eyes,” she said, “and feel their presence in ways I could never imagine. Mozart was the real turning point in my realization that animals are living beings emotionally similar to us, able to think, and fear, and communicate — all  because of that species crossover with this one dog.”

I asked her if she could describe how she came to realize that they were communicating in such a special way.

“Mozart was the first dog in my life that actually breathed my air – both spiritually and physically. We went everywhere together, did everything together. When we slept at night his face is next to mine. I would breath his air. He would breath my air. He would be touching me. I started to listen and watch as Mozart was growing up, the way that he communicated with me. We always communicated. We always communicated until the day he died.

“If it weren’t for Mozart,” she went on, “there probably wouldn’t have been this pet resort.”

I said that it sounded as though what  stood out that was different with Mozart was the time she spent with him and the physical closeness. It sounded like information flowed between them effortlessly.

“Just take away the barrier of species,” she said. “Become one and stop thinking, ‘I’m a human and you’re a dog, we don’t communicate’. You take all of that away. Now to me that dog is a living being.”

“Take away the barrier of species”? Would that work perhaps with plants and other animals, too, anything in the physical world?

“Yes, just take away the barrier of species.” she answered

Learning How to Learn

Muad’Dib learned rapidly because his first training was in how to learn. And the first lesson of all was the basic trust that he could learn. ― Frank Herbert, Dune.

So here’s something useful to take away from this little story:  Do I want to  know something, really know it?  Realizing  there’s no barrier between what’s inside my skin and what’s outside will open the way.  It’s all in how I look at it.

If I stop putting labels on that serpentine rock on my desk, and pay attention, it will reveal itself.  Break the barrier with just one thing, a dog, a chimpanzee, a parrot, and suddenly you begin to have a conversation with everything along the way.

Of course, ‘barrier of species’ could be applied to relationships among humans, too. I / thou – there isn’t such a thing in nature, and thinking there is makes all sorts of messes.

There are dogs loping through parks

and sitting by backyard doors

all over the world

plenty smart enough to amaze us.

It’s a matter of the time spent on one’s rose.

What we see depends

on the soul lying down in the grass

where ‘the hare has lain,’

that field of pulsating frequencies