I have resented to this day
When any but myself presumed to say
That there was anything I could not be.
– Robert Frost

There is so much wrong with giving each other tests I hardly know where to begin.  Your own sweet Self has no interest in the hoops other people think up for you to jump through.   You may be interested, though, in what’s going on in the back room where tests are invented.

Here’s a little inventory you can start with to get you tuned in to my  comments on this BIG MYTH that bankrolls the huge nation-wide test-making industry and keeps teachers up late at night dreaming up “questions.”

Mark only the ideas you agree with.  Then read the commentary.

□   1.  Tests measure how much you have learned.

□    4.   Tests help teachers see how effective their teaching is.

Most people think the statements above are true, but research shows they’re not. It’s a sucker’s game.   Reflect on it a little; you’ll see very quickly that tests  interfere with what really matters – your journey through the realms of gold  – that is, your drive to live a full, rich life, the life your own biology insists on, not the straitjacket other people think you should wear. Once you see tests as crossword puzzles, though, you can actually have fun figuring them out, and when your Self is running the show, it’s always fun. 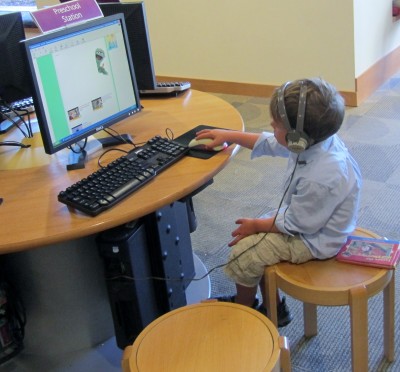 As you know, learning involves change, growth, and understanding, but tests don’t measure those things.  All tests really do is  measure skill in taking tests.  Do 150 bits and pieces of data reflect complex changes in you?  Do those bits an pieces come even close to all the stuff you body and mind have picked up?  Of course not.

I’ll get into some of the myths  in later posts.  Right now, though, I want to tell you about a test my students used to love.

A Test My Students Used to Love

I quit giving tests altogether a few years into teaching. I would have quit sooner, but I’m a slow learner. I thought I had to, even after I realized how destructive they are. I didn’t have to; my students  got along just fine for the next thirty years without them. But I always gave a name-game “test.” I would tell the students they have to know everyone’s name, one of the few specific trivia requirements of the course. There will be a test, I would tell them, in a couple of weeks. They knew very well I wasn’t really going to give them a test, but they acted like it anyway, doing all the stuff I used to hate about test games. “Do we have to spell them all correctly?” “How much time will we have?” “Can we just give first names?” “Can we have more time to get ready?” I pretended it was all very serious, too. I did want them to know each other’s names, but I certainly wasn’t going to grade them on it.

So one sunny day the students arrive, and it’s TEST day. As they file in, each student gets a number to wear and a roster. There is music playing, and the teaching assistants and I have set up a table with things to eat and drink. The “test” is to match the person’s number with a name on the roster. They have to get 100 percent or they fail.

Of course, it doesn’t take a minute for people to start cheating. They start going up to each other and asking their names. (Big surprise: Lots of them haven’t studied much.) The first thing you know the whole class is milling about, talking with each other. It turns into a jolly good time. Everyone is thoroughly enjoying the “test.” More than once I found a couple of guys erasing numbers from their rosters. That way, they had an excuse to talk with someone they were attracted to. Pretty smart, eh?

The one-and-only test day turns out to be one of the best days of the semester, and everyone knows everyone else much better by the end of the hour, wonderful enthusiasm, lots of positive energy. What’s amusing is that people actually turn in their “test paper” at the end. They really know how to play the school game.

As always, students think about the event in their reflections. (See my menu item Reflective Writing.) Often we talk about whether that really was a test. Then we get a chance to explore what a test is, what it is said to be for and what it actually is for. Is the name-game test a good test? If tests are learning tools, did everyone know more by the end of the test? Sure. Should you be allowed to cheat on a test? Depends on how you define cheat. Should the atmosphere be formal or informal? Which elicits your best performance? Should it be fun to take a test? Should it be on how much you know or how little? Is it really necessary to scare the pants off everyone in order to advance understanding of the periodic chart or whatever? Do you get to cheat in real life? And so on. Students are subjected to tests from the time they set foot in kindergarten onward. For many, reflecting on the name-game test is the first time they ever take a good look at what is going on.

So the name game and its test accomplish exactly what any traditional teacher would want and a whole lot more. It is only one example of what a multifaceted “lesson” can be. All classes can learn that way. Everyone, including teachers, would actually enjoy coming to class and experiencing what Goethe described as “a rich, manifold life, brought close to the eyes.”

What if your class got to list all the tidbits of your experience together?

In my classes we used to finish up a semester by going around the room and everyone would contribute something he or she remembered from what we had shared together.  Anything counted, no matter how insignificant.  We had a couple of students putting each item on the chalk board as we went around.  It felt wonderful.  It was as if each item had a spotlight shown on it.  Each bit was like a capsule that burst open and all sorts of memories flooded out. And the connections got better and brighter as we went along. There was so much. We filled up the board. We weren’t noticing how little we had experienced but how much.  We all felt great.  That is Self affirming!  Wouldn’t you think schools ought to be nurturing that?

Tests are games in which large numbers of players guess what the test-maker wants.  Like any other game, tests have rules: time and space limits, playing fields, equipment, arbitrary scoring procedures, number of players, winners, losers, referees. Playing the game is an end in itself. Getting ready for it is very different from getting good at French or engineering.  What you accomplish in literature, mathematics or welding is one thing; tests are something else again.  That’s all.

Figure out how tests work, get good at it, and you’re in business.