No Copyeditors in the Realms of Gold 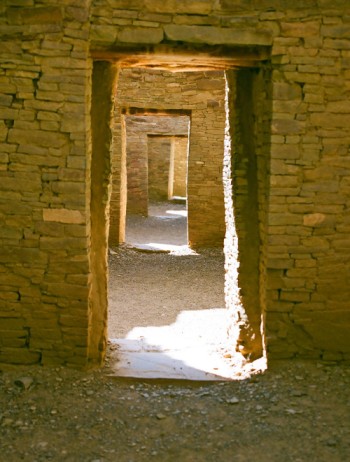 We all know where the realms of gold are.

Is there a way to get there on purpose?  Sure: Reflective writing

Years ago, when I stopped giving writing assignments and started asking students to reflect on whatever we had done together or anything else that seemed related, my students miraculously became great writers.

I asked them to write those thoughts down as they emerged and to keep going for twenty to thirty minutes, period.

Within two or three of these reflections, they transformed into honest-to-god thoughtful beings.  I could hardly wait to read and respond to what they had written.  The idea of correcting or judging would have been preposterous. There are no copyeditors in the realms of gold.

You can use reflective writing to work out your thoughts, thoughts that may only begin as intimations, or work through questions that really matter to you.  Your true voice will begin to emerge and will probably surprise you.  “Oh!  Is that what I think?!”  When you see your Self emerging on the page, you will have gained access to the realms of gold, which after all are your true home.  And it’s so easy!  You simply take dictation.

After reading one of the posts on this website, write down your thoughts as they come to you.  Allow about twenty to thirty minutes. When I write reflectively,  I really get  rolling in ten to fifteen minutes – and rarely come away empty handed.

If you try some reflective writing, let me know how it worked out for you.

Line Drawing of a Box. Which of the two views  is correct?

One had a lovely face,
And two or three had charm,
But charm and face were in vain
Because the mountain grass
Cannot but keep the form
Where the mountain hare has lain.

I included Yeats’s “Memory” in a recent post because I saw it connected to several things that had come up in other postings, things as separate as the question of time and timelessness and a poem by William Carlos Williams.  I see the Yeats poem connected with how things fit together in the universe, connected to  the zero-point field that physicists spend a lot of their time reflecting on.  In the Yeats poem, the grass retains the impression where the hare has lain.  That remains.   The impression is what endures. So I wrote that up rather quickly and cleverly I thought, and then Ruth, my wife,  didn’t get it at all, and she gets upset because she wants to be supportive.   I’m thinking, What the hell?  Why isn’t this perfectly obvious?

Physics and the Ground of Being

Then as I was writing this reflection a connection popped up from a couple of autumns ago when  I went up to Pinecrest in the Sierras with my son-in-law.  Dave and I were up there and we’re sitting around the campfire, and I’m starting to tell him about my philosophy, and then I get into this particle-physics, eternal time, aspect of it.  He says, “Well, that’s physics.”  I said, “Yes, Dave, that’s physics, but that’s where it’s at.  It’s not something out there with some scientist.  It’s the basic ground of being we’re talking about.  That’s physics. ”

A Box Is Not Only a Box

So the issue for  people who haven’t  thought about it very much is that what they see is what they get.  A box is a box.  They don’t realize that that very box they’ve just looked at  is an impression they took of that bit of the universe.  It’s no longer “out there,” but what their sensorium has allowed their bodies to carry away from “out there,” a residual impression gleaned from the nerve endings that has permanently modified their world picture.  If they don’t reflect on it, though, they probably don’t “get” it.  I’ve given myself the job of constructing this site so that they do get it.

In the classes, it was easy.  We’d do something together, maybe look at a Bruegel painting  or a Zen koan and we’d play with them. 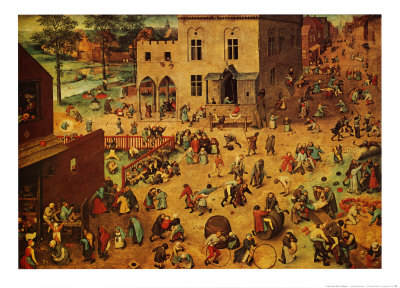 What happens is that your mind goes back and forth.  Over here is the physical world, and then here’s what it really is.  If you’re alert, you go back and forth.  What Frost toyed with is, Can I get both of those simultaneously?  Can I be in eternal time as well as in sequential time?

In my classes, it was easy to draw on the chalkboard a  box that you can see in more than one way. One way, its base is here, but blink again, it’s over there.  Then, we might read “Memory” and I might say, “Oh, this is just like that box up there. The poem is all about the box.”  We’d mess around making connections and pretty soon it would start to click.  That’s fun, but what’s really great is when someone would say,  “Oh, yeah, that’s like what Salinger’s Teddy said:  ‘My little sister was drinking milk, and I saw she was pouring God into God.’” So  then you have the illusion, which we call reality, and the non-conscious that  it’s a manifestation of.  And so on, all these connections lying around all over the place and all you have to do is pick them up.

So, any ideas of how I can set up this website so that you’ll be making all sorts of connections?  That’s really what this website is all about. How do I get you to apply any of these ideas to your daily life?  After all, sure, you have your morning cereal but how to get you to have the experience of having it, a change of awareness of what you’re doing while you’re doing it?

One sure way it do is to write out your reflections.  And as I described in earlier posts, you can hold steady to your cereal by noticing surface features.  Write what you notice, notice what you’re noticing, notice what that reminds you of.  You don’t really need more guidance than that.  Your Self will take over, and it will feel like you’re taking dictation.  When that happens you will feel like your time has been well spent.

For me reflective writing  illuminates things so rapidly you can’t believe it.  It’s a wonderful tool.  If you try it out, it will  work for you, too.  In the classes I could make reflective writing a recommendation, a suggestion – not a requirement, because it really is their choice to do this.  If they had to do it, it would be just another composition exercise.  But sometimes some would start out acting like they had to and then would find themselves doing it productively and liking the process.

You might recall a connection, for example, with the idea that you are the place where creation works on itself. That was from a poem by Tomas Tranströmer   I quoted in an earlier post.  It means we are all working out, in our own way, a picture of our Self that we would like to match up with what’s going on within.  We’re trying to get it right.

A World Too Full to Think About 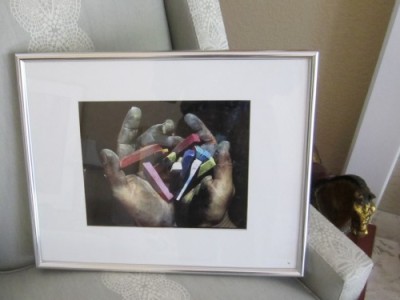 One way to say it is that through our reflections, through reflective writing, we get in tune with the clock with no hands. I’ve tried to set up posts to be like experiences that require you to tune in.  In my classes, we used to mess around with some activity or other, maybe chalk drawings on the walkway outside our classroom, and we’d be on our knees absorbed in our drawings and we’d fall into that realm of timelessness.   Enough of such experiences, and they begin to catch on, like riding a bike. Reflective writing gets you into that mode quite quickly.  You know when it happens; some inner voice begins to speak, uncensored, free to say whatever it damned well feels like.   I’d like to be able to pull that off with you here.  Maybe  some genius reader will give me some tips!

Anyway, if you see some little girl drinking her milk and you realize she is pouring God into God, you’ll know you’ve tuned into the eternal world.  Lots of societies have rites of passage to trigger that awareness.  If you’re up for it, reflective writing could do it for you, too.  At the very least, it’s refreshing.